This research was conducted from August to September 2019 in Fatuleu Subdistrict, Kupang Regency. This research aimed to determine the income level, the BEP, the R/C ratio, the efficiency of capital use and the factors that influence the income of green bean farming in Fatuleu District, Kupang Regency. The number of samples used was 84 farmers and was disproportionately determined from 2 villages, namely Sillu and Oebola Village. The data used were primary and secondary data. The data was then analyzed using income analysis, BEP, R / C ratio, capital use efficiency and multiple linear regression analysis.

Most read articles by the same author(s)

Obs.: This plugin requires at least one statistics/report plugin to be enabled. If your statistics plugins provide more than one metric then please also select a main metric on the admin's site settings page and/or on the journal manager's settings pages. 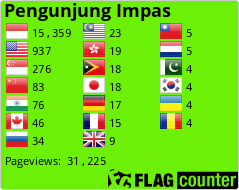